Forest medicine is a Japanese idea of how being out in nature has healing effects on the body. This is something I take pretty seriously and one hidden gem in Galway is perfect for a bit of nature time – Rosscahill Woods. 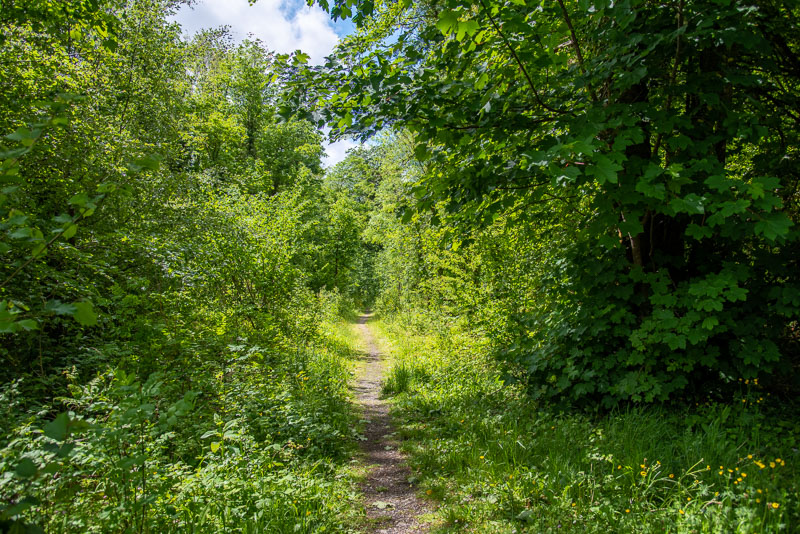 Rosscahill woods surrounds Ross Lake and is part of the old Ross Estate. It is perfect for a Sunday walk or a family day out.

Where is Rosscahill woods in Galway?

Rosscahill woods is about halfway between Moycullen and Oughterard, ~20km northwest of Galway City. It takes about 30 minutes to drive from the city on a good traffic day. Located in a quiet area, it surrounds Ross Lake. Pretty perfect spot for a nice walk in the woods.

You can access the woods by taking a turn off the main N59 Clifden road. Although the sign doesn’t have Rosscahill woods on it, it’s signposted for “Brigit’s Garden“. Just a short distance up this road you will come to a gap and the woods is marked on a brown post. There’s a small parking area too although because it’s quiet, I’ve never seen more than 3 cars parked. 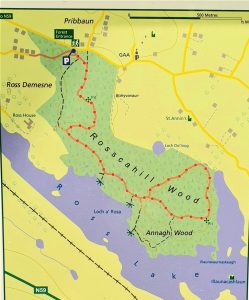 Once parked, there is the main path (red)  which is a gravel path. This will take you through the woods to a loop at the end. This red loop is approx 5km and takes about 1 1/2 hours to complete. A lot longer if you’re stopping and taking a lot of pictures like I was. 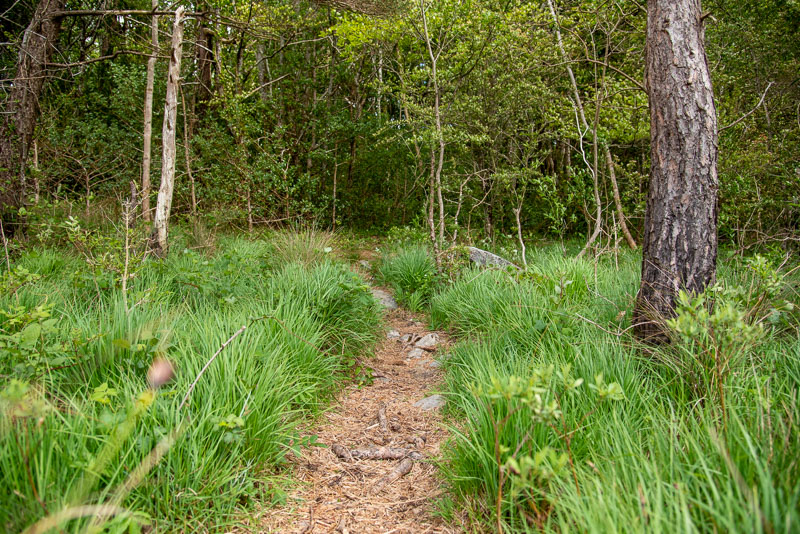 Along the main red route, there are black paths that veer off the route and go closer to Ross lake. All of these black paths. The main ones end up joining the route further along while two lead to viewpoints on the lake.

I really advise taking the black paths that are on the map. These paths are absolutely gorgeous and bring you right through the woodland on small dirt paths. Taking these paths will allow you to really experience the woods, the wildlife and the beauty of the trees and Ross lake.

There is one of these paths right at the entrance to the woods – take the small overgrown grass/dirt path. There is another one further along too. Take a right turn when you come to a bench and a split in the road. 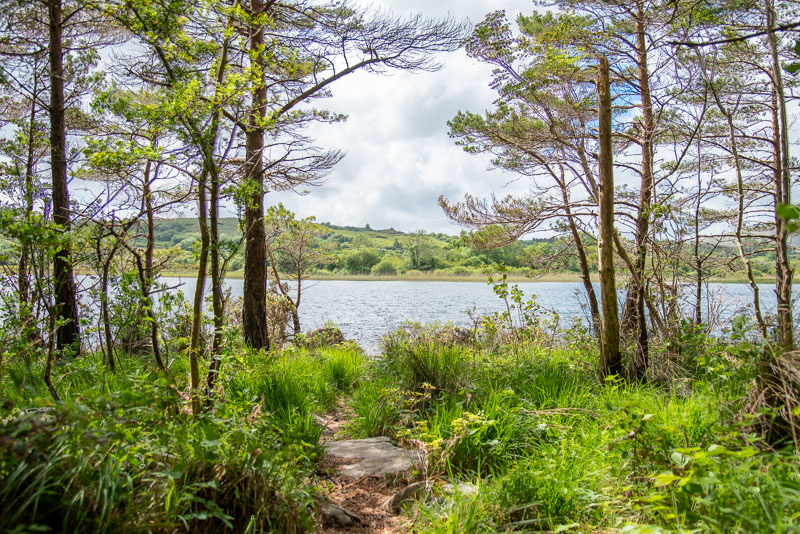 There are three viewpoints in Roscahill woods that look out across Ross Lake. While the first two are great the third one is my favourite. There are loads of big rocks that you can sit on by the water. This is the perfect place for a picnic.

Other trails through the woods

Numerous mountain bike trails can also be found, meandering their way around the wood.

The difficulty of the trails in Rosscahill Woods

Red trail: The main trail I would class as easy. There are no inclines or anything. It is a pretty level gravel path. 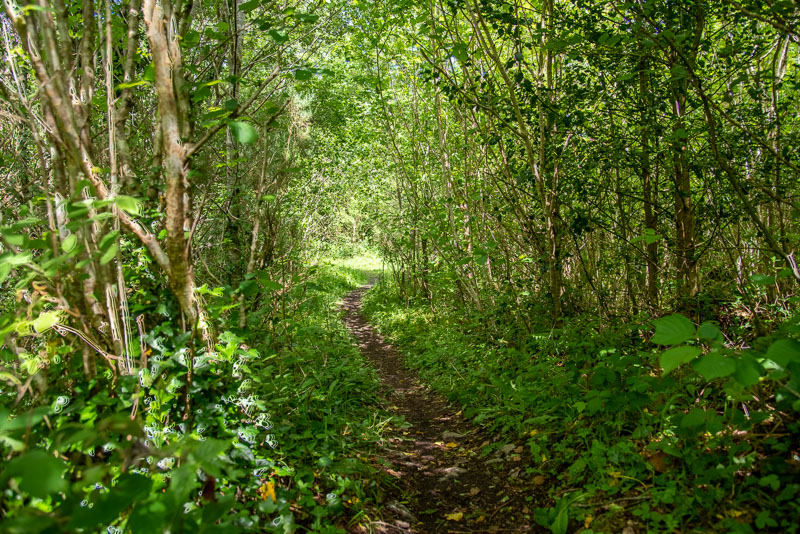 This walk is not demanding. However, the paths can get pretty wet and mucky in places – especially the black trails – making it slightly slippy. After the many storms in January, me and Eoghan took a visit and the lake had swelled and expanded into the woods. The paths had become mushy and mucky and the black trails were completely underwater.

So be wary if there has been a lot of rain.

The rain is never far away so have a waterproof jacket and good walking boots.

Wildlife that may be found in Rosscahill woods – If you’re lucky!

The woods is home to the lesser horseshoe bat, one of the smallest mammals in the country. Apparently there are deer in the woods too although I have never been lucky enough to spot one.

You will come across countless birds, butterflies and moths. On my last trip there were “White Wood” butterflies everywhere and was absolutely delighted to come across an “Elephant Hawk Moth” – it even was on my hand for a bit. Check out my “Wildlife” highlight on Instagram for more.

The wood is mainly Spruce and Larch and unfortunately there are clear patches where trees have been cut. In some places these have been replanted. In other parts the area appears to have been left to revive itself. 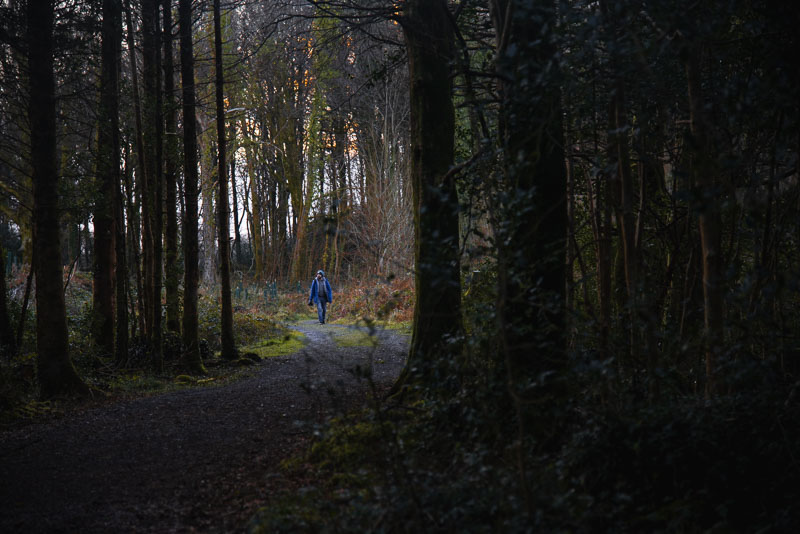 I really enjoy walking in Rosscahill woods and do so as often as I can. It’s a pretty quiet area, only really known to locals meaning it’s a really peaceful place for a stroll. I would highly recommend.


More things to do in Galway: 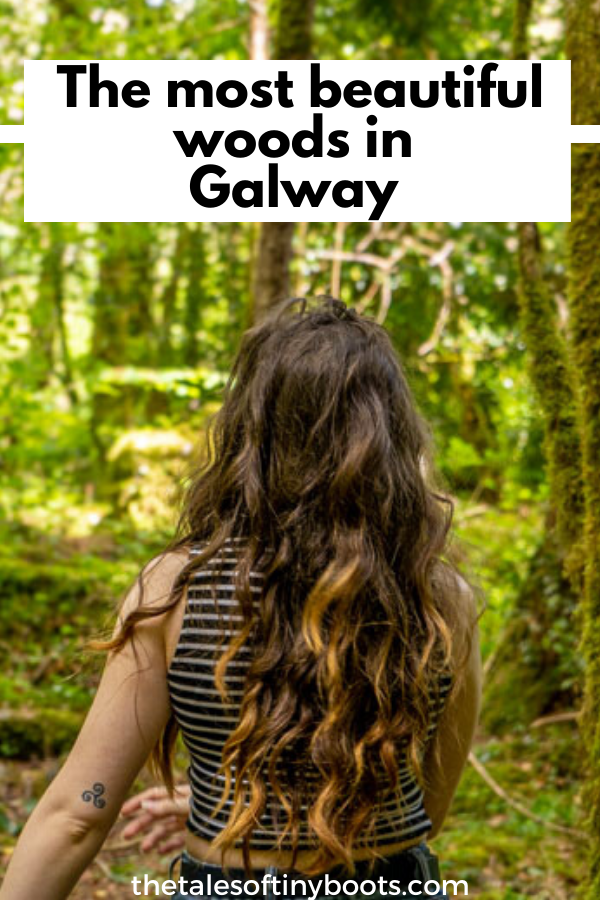 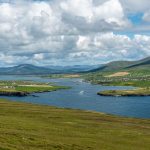 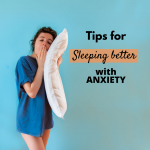