Máméan Walk (sometimes called Mam Ean or Maumeen) is a pilgrimage walk in Connemara, Galway. But, for the non-religious, it is a scenic hike through a valley in the Maamturk mountains.

Máméan translates as “pass of the birds” and after my last visit, it does feel very appropriate. As I couldn’t help but notice small birds swooping in and out of burrows under large rocks.

The pass runs through the Maamturk mountains but on a clear day, you will see right across to the coast and will see the peaks of the 12 Bens in the distance across the Inagh Valley.

The Maamturk mountains run for 20 miles in total. Right the way from Maams Cross to Leenane. But the Mamean walk is a much shorter trail, and is part of the Western Way Hike. It starts in a marked car park where it is ~1.5 km walk to the chapel. 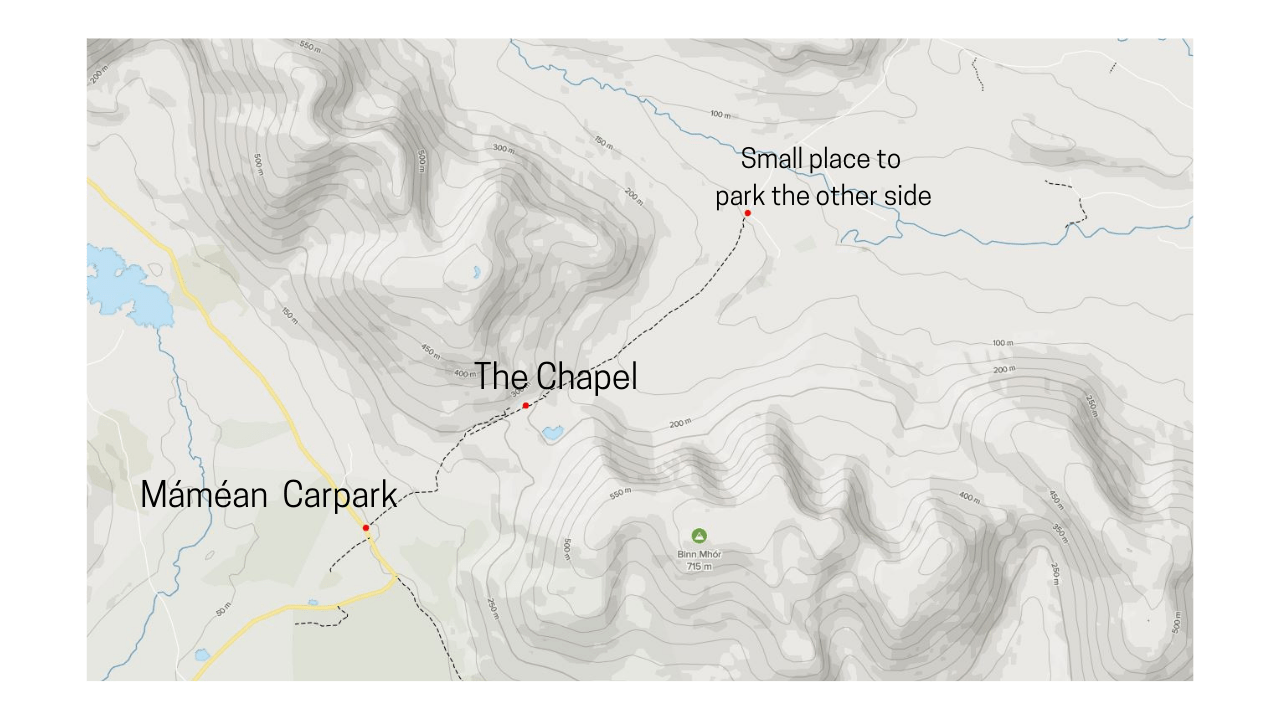 How to get to Mamean hike 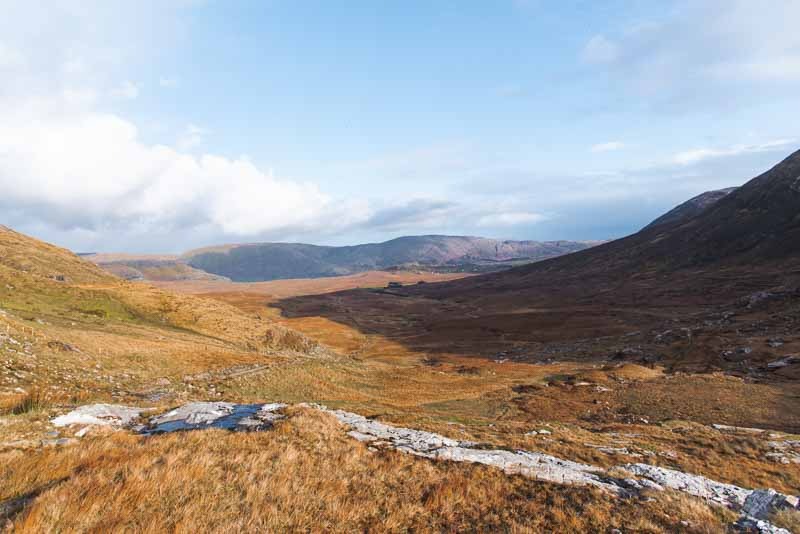 How to get to Mamean car park from Galway City

This is the most popular and shortest way to access the chapel. To get there from Galway City, head out the N59 through Oughterard and continue on past Maams Cross. Just before Recess, take a right turn (L5136) which will bring you 4 Km right to the car park. There is a sign to point you to the start of the hike. But you can’t miss it!

You can also start in Maam. Park at the bridge across from Keane’s pub and go from there.

The spiritual and religious significance of Mamean Walk Pilgrimage

This site was once associated with the Pagan festival of Lughnasa – where the pagans celebrated the end of spring and the beginning of the autumn harvest season. For this reason, there is actually a pilgrimage in August to signify this.

However, like a lot of pagan sites, it has since been claimed by the Christian Church. The pass was Christianised with the tale of st Patrick passing through to bless Connemara. At the peak of the hike lies a mass rock that was used in the 18th century during the penal laws. At this time, due to British rule, Catholicism was outlawed. Here, secret masses were held, were in the middle of nowhere, it was unlikely to be discovered.

Since a chapel has also been added and a statue of St Patrick was built in 1986. Today, mass is still held here every St Patricks day. This is the more well-known “Mamean walk pilgrimage” that the pass is known for. Up to 1000 people do the walk to the chapel to attend.

Is the Mamean Walk difficult? 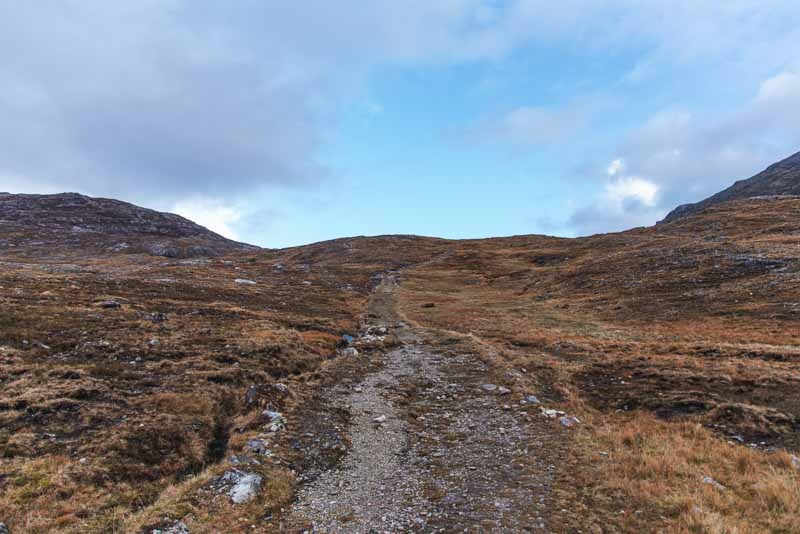 Mamean hike is not a stroll for sure. Although the car park to the chapel is only ~1.5 km, the path takes you over loose broken rock and steep slopes. While there is a rough path, it is definitely challenging and would not be suitable for pushchairs/wheelchairs.

How long does it take? Mamean Connemara

The walk itself only takes about 30 – 45 minutes depending on fitness and how many stops you take.

Other routes include continuing on the pass where the chapel sits at the center point. Or you can continue all the way to Leenaun on the Western Way. 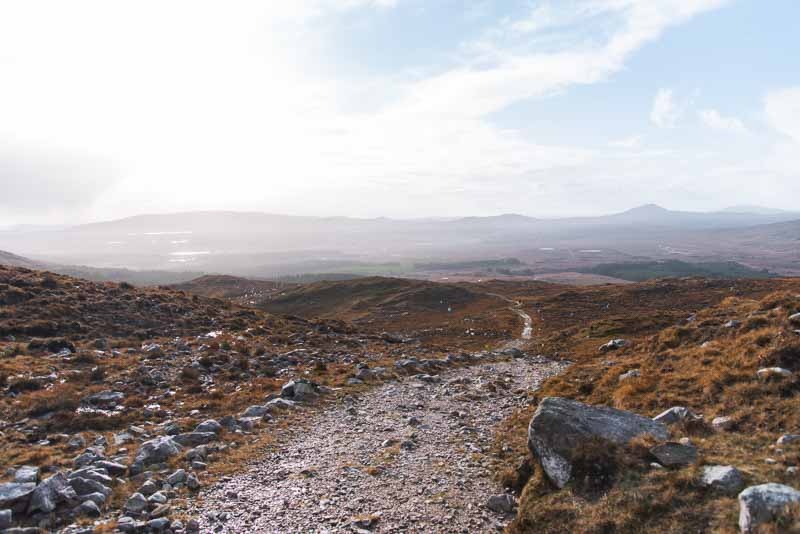 This would be my go-to walk when I want to do something short and not so difficult. I just do the car park to the chapel and back again.

The first 10 minutes is always a killer but after that, once I’m warmed up, it’s grand the rest of the way.

On a clear day, it’s great to sit up at the chapel for a bit of a picnic while enjoying the views. There is always people climbing further up the mountains on either side of the valley too.

I spend most of my time talking to the sheep though, and taking photo breaks! 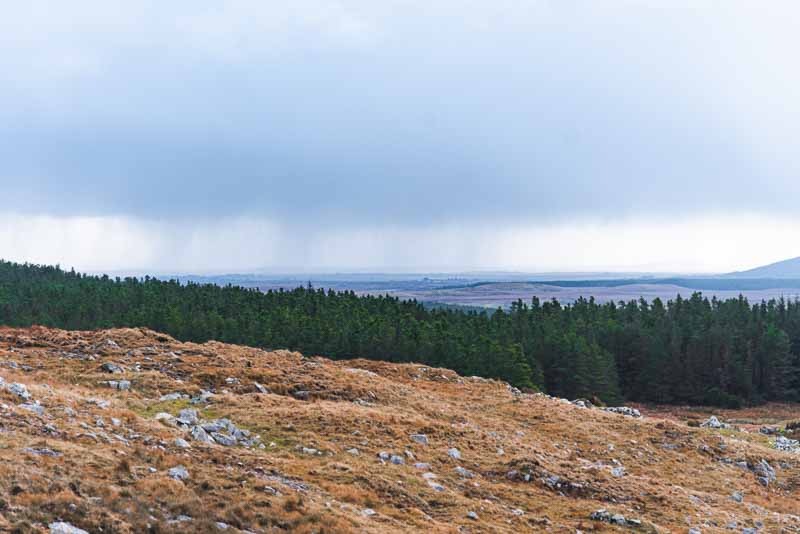 Have you tried out maumeen walk or do you plan to? While I’m not religious myself, the idea of mass here sounds pretty cool. 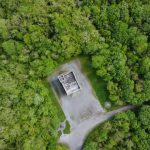