Visiting old ruins in Ireland is something I really enjoy doing. I find them so mysterious. My imagination runs wild trying to picture what life was like there. Afterward, I love looking into the history of these places. I get sentimental for all these places I’ve never been and lives I have not lived. Clifden Castle is one of these places. It is absolutely beautiful and can only fantasize about how good it looked in its day. If you’re in Clifden or Connemara in General, why not take a look?

Clifden Castle is a young gothic castle and came to be in 1818. The castle was home of John D’arcy, the founder of Clifden town. It can be found on the scenic Sky Road drive in Galway, just 3 km outside of the town and if you ask me – it’s worth a visit! 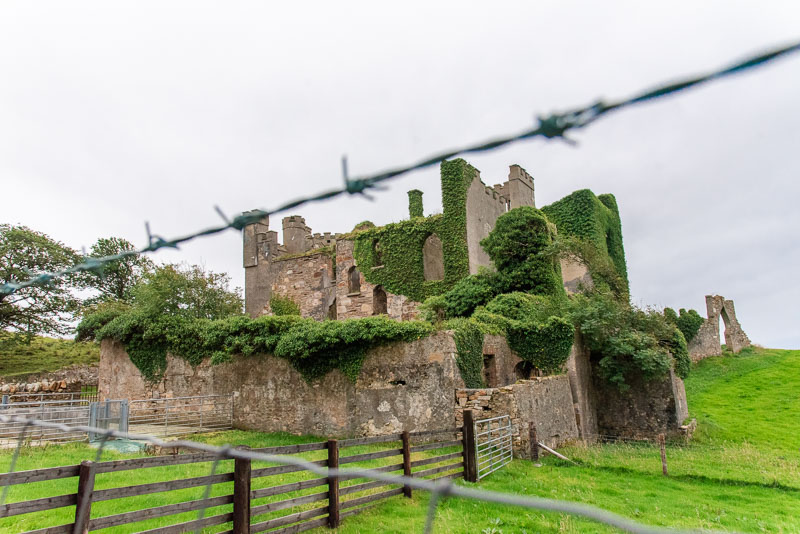 The History of Clifden Castle – Magical Castle in County Galway

The castle was built in 1818. It was built for John D’arcy and his family and was a gothic style castle overlooking the Atlantic ocean. It seems John had a thing for history, as this he built the castle to look like an Irish castle from hundreds of years previous. In addition, he also added standing stones to mimic the many megalithic relics around the country.

As well as the castle, he owned an estate across Connemara over 17,000 acres. John had dreams of improving the lives of those in the area. As most of you will know, Connemara is a pretty desolate region. It was even more so back then. This is why he created Clifden town, which is just 3 km from the castle. It’s nice to know that by the time of his death he had achieved this. He had established Clifden which still stands as the friendly and charming tourist town we know today.

After his death in 1839, he left the castle and estate to his son. However, within a decade it sold again. Due to the Great Famine, his son Hyacinth could not afford to keep the castle. 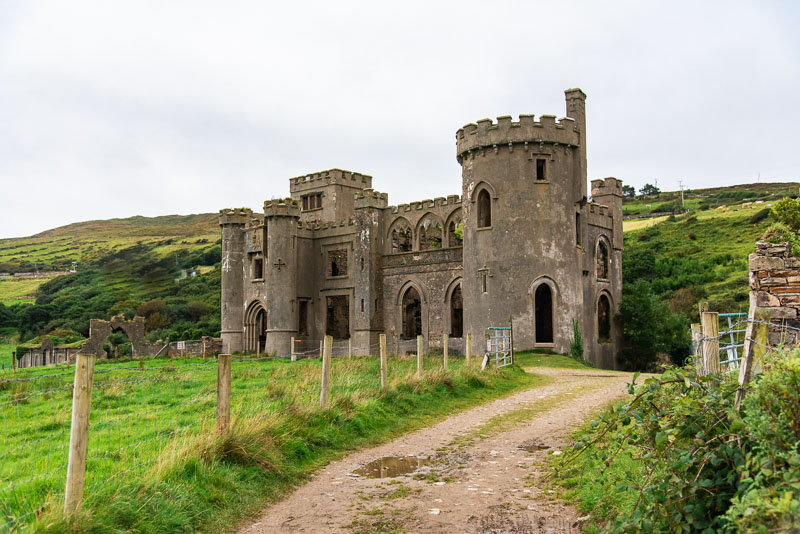 The castle was purchased and became a holiday home to the Eyres. They were an English family who bought the castle and the town. They lived here until almost 1920s after which, the valuables were sold.

From here the history of the castle becomes quite crazy. A local butcher -Joyce- bought the land to use for his cattle. Although this caused an uproar in the region. A number of small farmers wanted to purchase the land to expand their farms. Things got a bit out of hand as they barricaded Joyce from the land and replaced his herd with their own. Joyce finally sold the land as the locals repeatedly drove his animals away. It was decided up by the farmers and anything left in the castle was stripped and sold, including the roof and rafters. As you can imagine, once the roof was gone it very quickly became a ruin. Now just an empty shell on the landscape which still stands today.

It always makes me sad to see a building like this left to ruin. I’d imagine it was an amazing home back in its day. 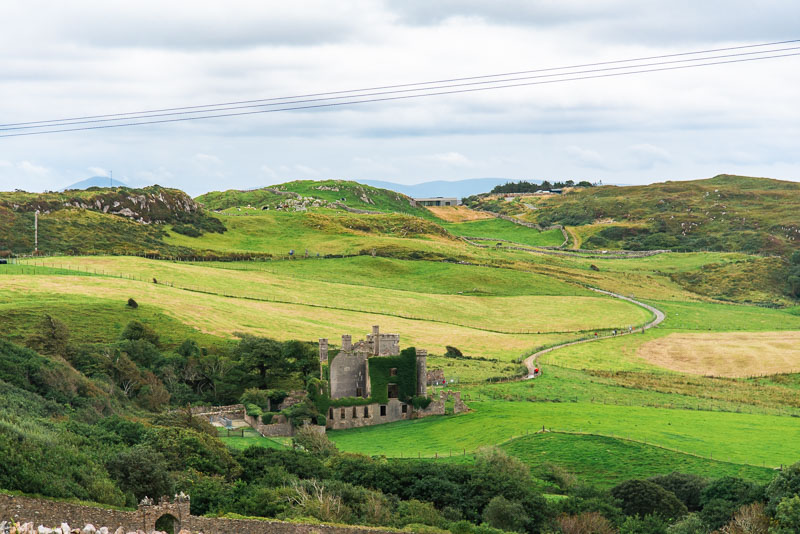 Clifden castle is very easy to find. It’s in Galway, on the Sky Road Drive. Just 3 km west of Clifden along the coast. In addition, there is a sign for it and you can’t miss the castle walls and gate at the entrance. You can’t actually see the castle from the road here but there are great views of it along the Sky road Drive. 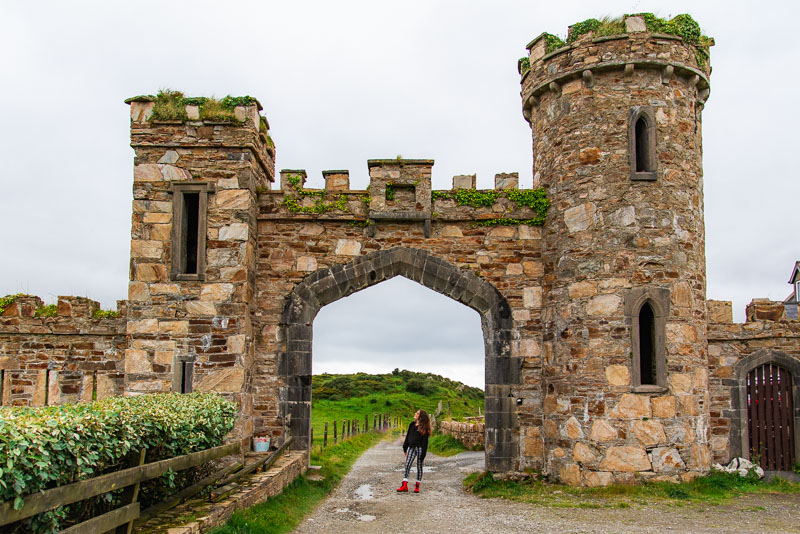 You can only visit the castle on foot. Although, there is a small parking area at the gates. I wouldn’t exactly call it a car park people essentially just abandon ship along the road. From the gates, it is a short walk down a narrow lane. The castle emerges around a corner and even as a ruin, it is an impressive building – although not old at all in terms of the majority of Irish Castles.

The castle has no fee for entry. Truth be told, it is on private land. It is on land owned by a few locals but it appears most of them have no objection to visiting the grounds. However, they do not want people to enter the building. The ruins could be unstable so it is understandable they do not wish to be liable for any injury. 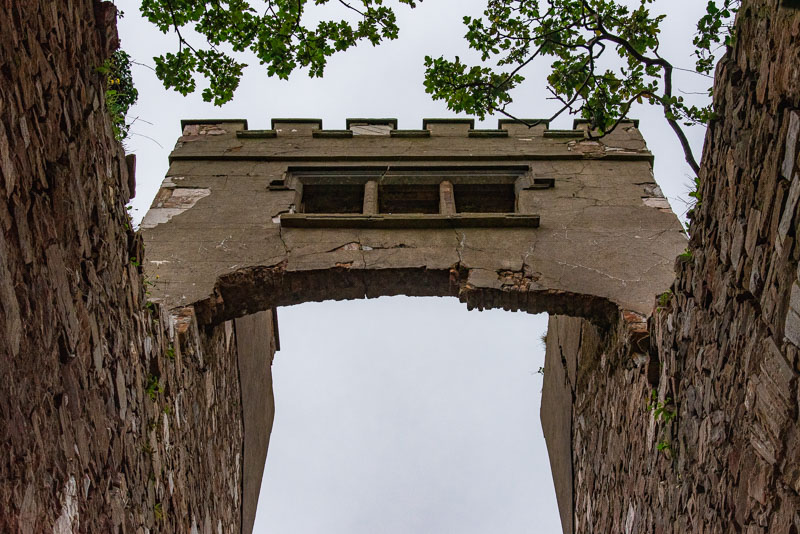 You can walk around the grounds to the back of the property. This is where you’ll get the best view of the castle I think. With the ivy-covered walls and an entrance to the castle.

There is a huge drop inside the front entrance of the castle as the floor is gone, so be careful. 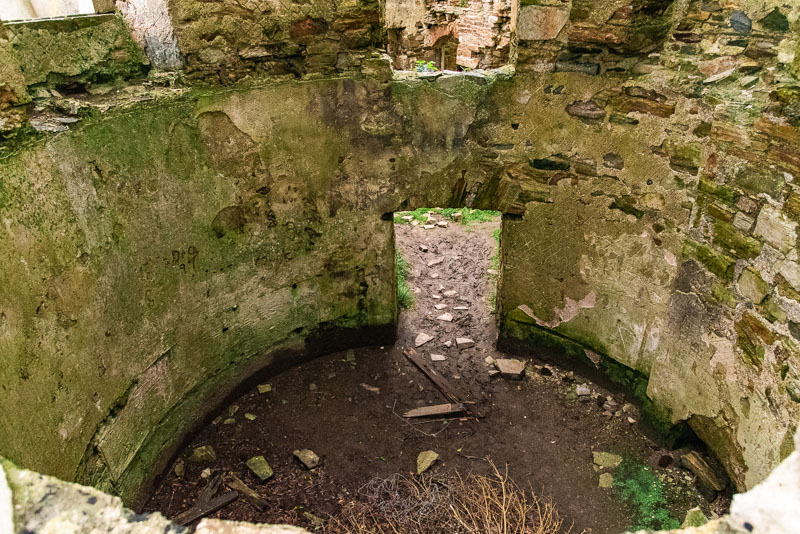 Because it’s not widely advertised as an attraction in the area, it tends to be really quiet there. Perfect for those looking for hidden gems off the beaten track! 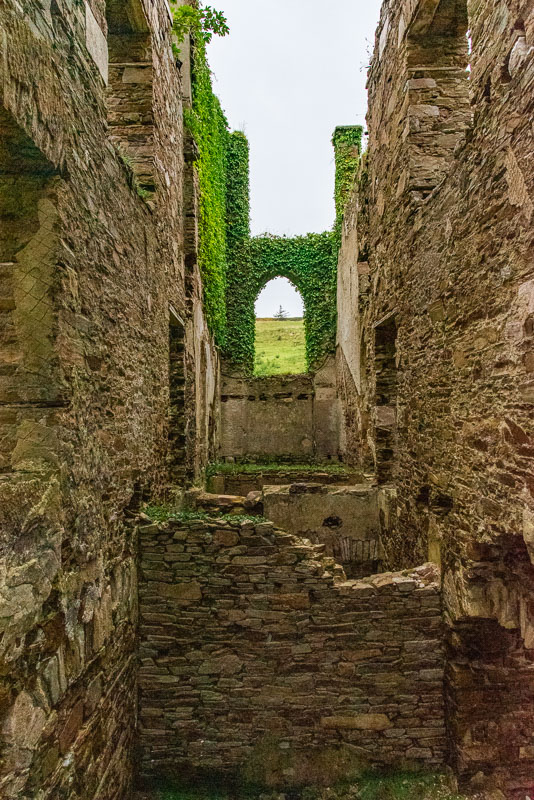 Other things to do in Clifden or nearby: 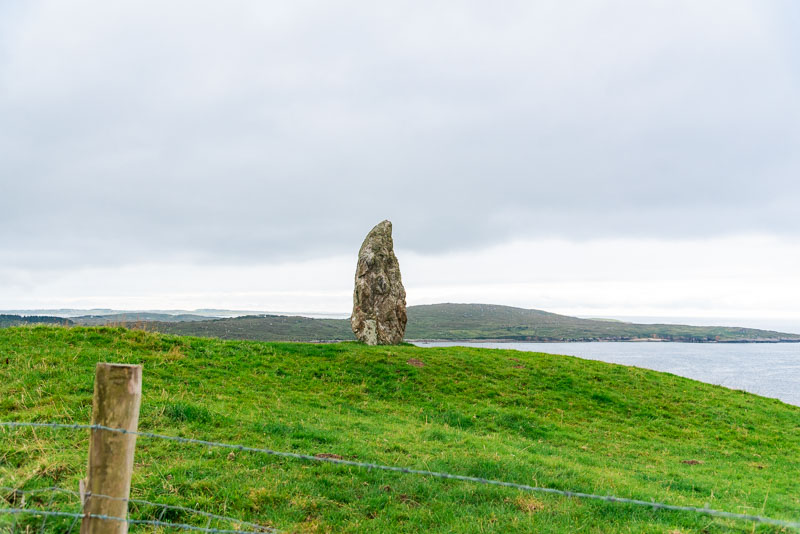 This attraction isn’t a public attraction. It is privately owned, with no guided tours or anyone present at the building. There is no fee or charge to visit. However, the area is owned by multiple landowners and as a result, some are less eager to have people visit than others. You may be asked to leave the property and it is advised that you do not enter the castle. As it is not being specifically used as a tourist attraction, it is not stabilized.

Are there guided tours of the building?

No. You may walk down the lane and look at the castle but there are no staff or facilities there. If a landowner comes along and asks you to leave they are in their right to do so.

During the famine, the surrounding tenants gathered at the castle begging for food and work. In the region huge numbers of people starved to death. Some people like to think the castle is haunted by the poor souls who were ravished by starvation and perished during the Great Famine. However, while I was there I didn’t get any spooky vibes.

It’s sad to hear learn how a magnificent castle can fall to ruin. Clifden Castle is one such story. I absolutely loved visiting the grounds and getting to see what is left of the building. It’s in a stunning area of Connemara and just along the Sky road. Definitely worth a visit. 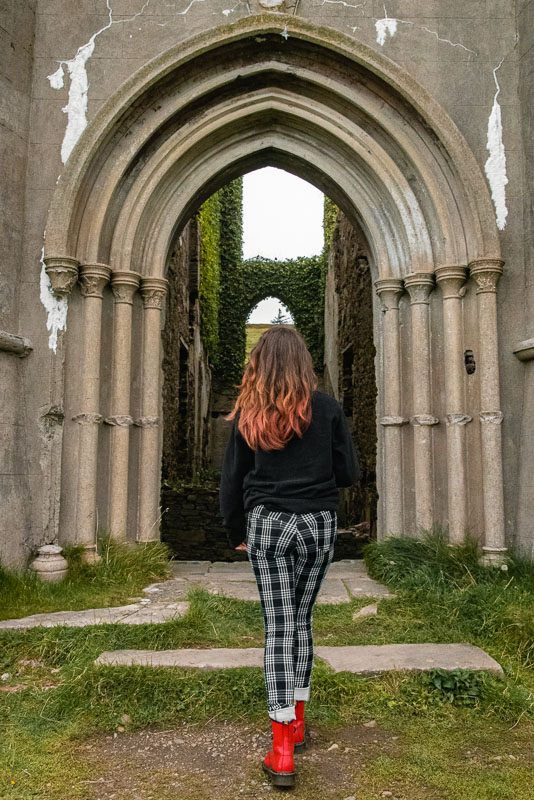 The following links have some more information on this place. 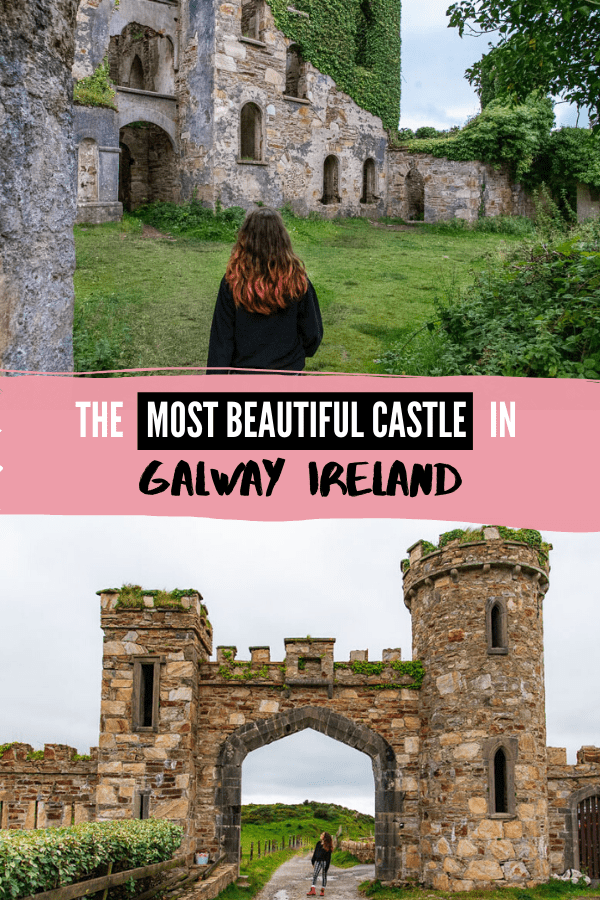 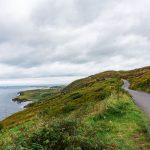 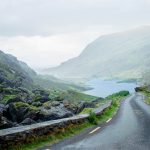