Malin Head is the most northerly point of Ireland and has some of the most amazing scenery. I say that about almost everywhere, but damn Ireland has some jaw-dropping landscapes. If you want to see waves hurling themselves at jagged cliffs, green lush hills, gold-sand beaches and rocky mountains, Malin head in Donegal is where you want to go. 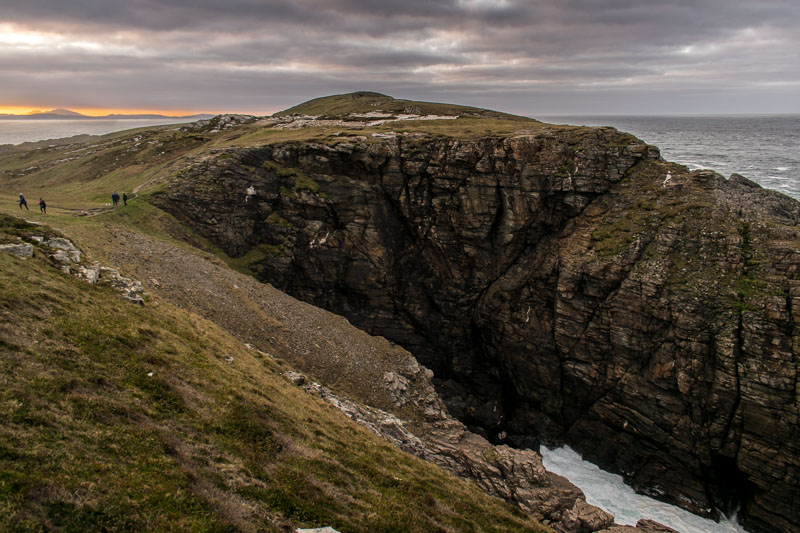 Things to do in Malin Head Donegal – What to do

Banbas crown is the area of Malin Head right where you park.

There is a lower car park which now has proper toilets (amazing!- it used to just have 2 portaloos!) and up a short path, there is another small car park right at the crown. On a nice day, you might find a coffee or food van at the top.

At this point, you’ll come across the old signal station dating back to the 1800s. On a good clear day, you may be able to catch a glimpse of the Scottish hills across the North Atlantic too.

If you look down from the tower, you’ll see the old “80 Eire sign, from back in war times, used as a landmark for pilots passing over. The area is also home to one of Ireland’s most important weather stations. 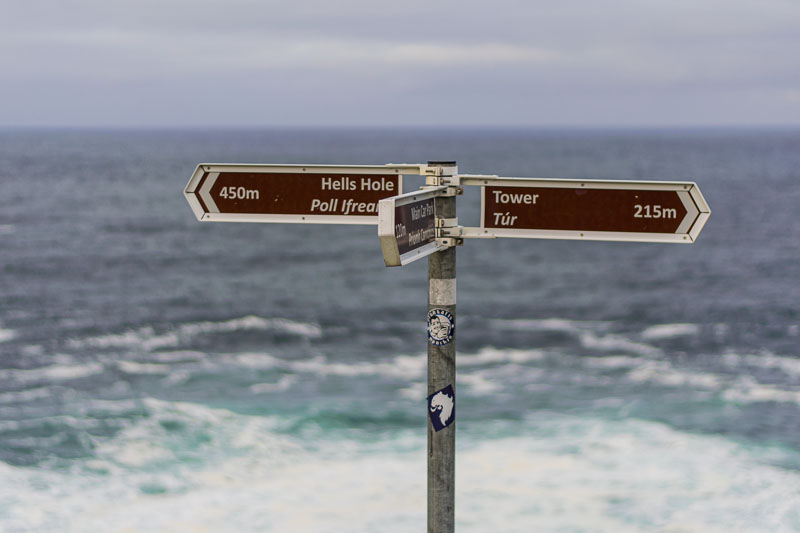 From Banbas Crown, you can walk along the coast by a gravel path and head out west along the coast. It’s well worth the walk so wrap up well against the wild Atlantic winds and prepare for an awe-inspiring walk.

A weird name I must admit although that may be my crude sense of humor. By continuing along the path, past the jagged rocks and swirling waves, you’ll come to “Hell’s Hole”. This is a 30m deep fissure where the ocean crashes itself at the rocks.

Continuing on from here you will arrive at the Malin Head Viewpoint:

Although not the most northerly point, the viewpoint is the real treat when visiting Malin Head. At the end of your walk, you will come to the most insane, huge rocky cliffs which literally just drop down into the raging waters below.

When you pull up at the car park you may not even realise this insane view is just 15 minutes walk away so definitely take the walk along the coast to reach this point.

This is the most amazing place to witness the sunset. I was there on New Year’s day 2019 and as the sun sunk slowly below the horizon it left an orange glow on the area. If you can get there for sunset definitely do! 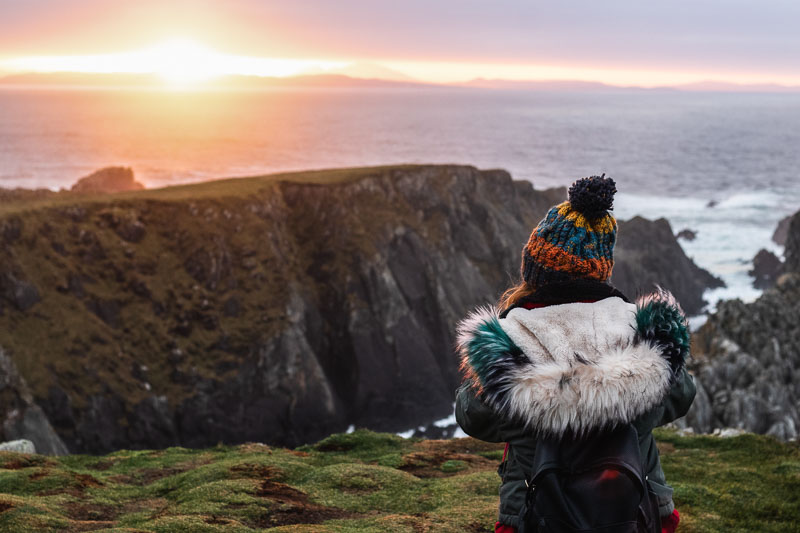 Other Things To Do Malin Head- if you’re lucky!

Star Wars – May the 4th Be With you in Donegal

Malin Head, and the rest of Donegal, holds huuuge significance for all the star wars fans out there (I am a new star wars fan and pretty excited about it!). Malin head is just one of the locations in Ireland used for filming “The Last Jedi”.

In fact, the millennium falcon was actually built at Malin head for filming.

To celebrate this, the main road to Malin head (originally R242) has been renamed to “R2D2” which is pretty fun I think! So, if you’re passing by you might as well hop out of the car and get a picture by the sign!

The “May the 4th be with you” festival is highly celebrated in the area due to the Star Wars universe coming to Ireland. If you are in the area on this day, you might just see some stormtroopers taking a spin through Malin head and the nearby towns.

There is a Star Wars tour of the area. For more information go through to the website. 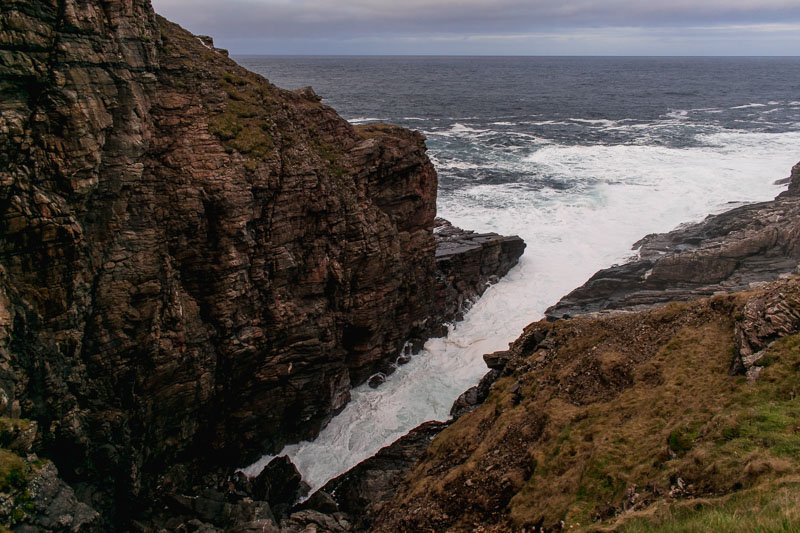 I’m pretty sure seeing the northern lights is on everybody’s bucket list. Well, this magical light show is known to pass over Malin head during the right conditions. Yes, another

I haven’t seen it yet but I fully on intend to witness it and will be heading to Malin Head at every chance I get when the conditions are right!

There are some Apps out there to keep an eye out for the right conditions for the northern lights in Donegal!

The History of Malin Head Ireland

Malin head has a rich history and the area was very useful in war times.

The signal tower was originally built as a lookout in 1805 by the British, to keep watch for French invaders during the Napoleonic wars. This is very similar to the one on Valentia Island which was built for the same purpose.

The watchtower was used in both WW1 and WW2 and has concrete bunkers. During world war 2, the area was monitored 24 hours a day.

From 1902 the area by the tower was also used as a means to communicate with ships off the coast, with a signal station built nearby.

The “Eire” sign also dates back to WW2. The sign was created using stones, which were painted white, used for pilots flying over the area. This sign was to indicate that they were flying over neutral Ireland. The number 80 refers to the watchtower number, which you guessed it- was number 80! This area was recently restored.

The inner geologist in my finds it incredibly interesting, that on an island just 5 miles northeast of Malin head is the island of Inishtrahull. This island is made up of the oldest rocks in Ireland – at 1780 million years old!

Where is Malin Head & How to get there

Malin head, as I’ve said is the most northerly point and is on the Inishowen peninsula. It is 16 km north of Malin town. You will want to be driving to reach it and many tours also visit this significant location.

Buncrana to Malin Head is roughly 40 minutes drive and is pretty straightforward.  Follow signs in the town to Carndonagh. Once you reach Carndonagh, there are clearly marked signs to Malin Head on the R242

The quickest route from Letterkenny to Malin Head is 1 hour and 20 minutes drive. Google maps is your best bet but head East out of Letterkenny on the N13 and follow the signs to Muff. From Muff continue on to Quigleys Point and then to Carndonagh where the route is the same as above.

This is quite the trek. It is just under 2 hours drive. You head north east out of Donegal on the N15 until it meets the N13 which you will take all the way past leterkenny. From there, you can follow the directions above.

How to get from Dublin to Malin Head?

By far the quickest way to get from Dublin to Malin Head is by car. Public transport is not great – a bus will take 7+ hours. A drive on the other hand should get you there in less than 4 hours.

Route 1: Take the M1 motorway from Dublin north past Drogheda and take the exit for Ardee. From there you’ll be passing through towns Carrickmacross, Monaghan, Emyvale, Aughnacloy, Ballygawley, Omagh, Strabane, Derry, Carndonagh and on to Malin Head. I’d recommend using google maps for this.

Route 2: I know a lot of people like sticking to the motorway. You can head north on the M1 and stay on it right to Belfast, moving on to the M2, M22 and A6 which will take you to Derry. And then you can continue by the route above. This adds 9 minutes and 61 km to the drive.

Malin Head Weather and How to Prepare

As you can imagine, being at a location completely exposed to the Atlantic sea, the area is subject to crazy fierce winds most of the time. Malin Head weather can definitely get wild – it’s called the wild Atlantic way for a reason! The wind can get up yourselves and to your ears and can be bitter so you’ll want to be prepared for that. I would suggest:

The area is also on marsh and bog land so it can get pretty waterlogged. I have visited the area both very prepared for the weather and very unprepared. Not dressing appropriately can really dampen your visit (literally!) as you’ll be jumping from foot to foot trying to stay warm and will be completely terrorized by the wind out at Malin head viewpoint. Take it from me! 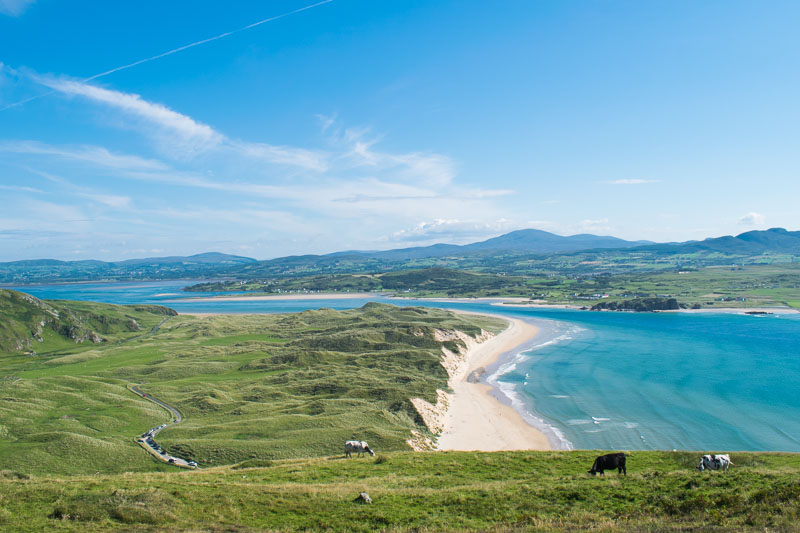 Is Malin Head Worth Visiting?

Malin Head is for sure one of the must-visit places in Ireland. Not only because it is the most northerly point, but also for the outrageous views that the area boasts.

It is the start (or end) of the Wild Atlantic Way route depending on which side you start. So you’ll get to say you have been to the most northern tip of Ireland!

The views are worth going alone though, and if you are willing to hike the cliffs or walk out the cliff path, you’ll be rewarded!

If the conditions are right, the Northern Lights are also visible from Malin Head, so you may have the chance to tick off this bucket list item!

Why is Malin Head Famous?

As you’ll now see from above, Malin Head is famous for being the most northerly point of Ireland and for the incredible Scenery. The area was also used as a location for Star Wars which made the area more famous still.

What Star Wars Film was Filmed in Donegal?

A location at Malin Head Ireland was used for Star Wars: The Last Jedi. Malin Head was used for part of the planet “Ahch-to”. Filming was done over three days in the summer of 2016. The Millennium Falcon was built in the area for shooting.

Yes! On a clear day, you will catch a glimpse of Scotland right the way from Malin Head.

What is the Nearest city to Malin Head?

The nearest big towns would be Carndonagh or Moville. From there the big towns nearby would be Buncrana and then Letterkenny.

Can you swim at Malin Head?

I would advise not. The rocky cliffs and strong currents mean it is very dangerous to swim at Malin Head but there are beaches nearby such as Culdaff Beach which is great for swimming.

How far is Malin Head from Mizen Head?

In terms of road distance, the shortest route is 569 km or 354 miles. However, the two locations are directly 466 km apart.

This is a landmark at Malin Head that was used by pilots for navigating in World War 2.

This is a hugely popular area with tourists in the Summer and you will have a lot of places to choose from. Always check out Airbnb for good deals, and the nearby towns for hotels and guest houses.

If you want to check back at this post in future, be sure to pin it! 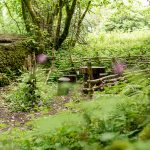 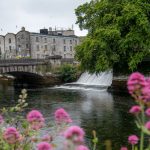 The Most Instagrammable Places in Galway City | Best Views in Galway