I have the kind of anxiety that has taken over a year of my life – every single day of it, more than once. I have the kind of anxiety that has had me leave jobs, avoid friends, be trapped in my own home for weeks on end, grossly underweight, and when it’s at its worst, too weak to walk past my own front gate. Where a day feels like a year, and fear so intense it had me questioning if I want to go on living. Because can this really be called living? Anxiety is so many things, it’s waiting in A&E all night, hooked up to a machine with a heart rate of 180 bmp and being told there’s nothing wrong. It’s adrenaline, panic, nausea, dizziness, shaking, disorientation, chills and heat all at once. It literally feels as if your body has turned on itself. Experiencing your body at war with your mind and all the while wondering, how you can still be alive with all of this pumping through your veins. The hardest thing to explain is the fear. The absolute terror that you feel, for no obvious reason at all. This awful feeling that something terrible is about to happen, only you feel it all the time, In your mind, in your chest, in your bones.

You can’t even escape from it when you’re asleep. It’s now normal to me to wake up in the middle of the night, and have absolute terror descend on me within seconds. I’ve jumped out of bed and am in the hallway clutching my chest before I am even fully awake. My heart beating so hard it hurts me, bent over because I feel like I’m about to throw up or collapse, my vision blurred, my body drenched in sweat even though I’m pretty sure I should be cold, listening to my heart boom in my chest  and waiting for it to stop altogether, because how long can it go on like this before it bursts? On the verge of going to get my parents because I don’t want to die alone, but also ashamed to wake them up in a state like this.

For those of you that still don’t understand, let me put it like this. A burglar alarm is supposed to go off when your house is being robbed – to warn you of danger. Have you ever had one that sometimes goes off in a heavy storm? Well if my anxiety was an alarm, it would go off even with the lightest drizzle. My mind sees danger everywhere, where others don’t. I don’t choose to. I don’t even consciously notice. It’s just the way my alarm is.

Every time an advertisement about mental health pops up, I get angry. You see signs “you are not alone”, which I find laughable, because when my anxiety plays up, I am completely alone. Trapped inside my own mind, surrounded by people who don’t get it. There is not enough help out there for everyone. I’ve been on a waiting list for a therapist since December. This will be the 6th therapist I’ve seen in 6 years. The amount of money I’ve spent going to the doctor the past year to ask for help infuriates me, because it was money wasted, I’m still waiting. I cannot work at the moment and I’ve been denied disability allowance for my illness. I don’t know where else to go for help. I reached a point in the past where I thought I had two options, to put every bit of energy I had left into getting better, or end my own life. I’m so grateful I  wanted to live and am broken hearted by others in this position that don’t, because sometimes it’s so hard to see the light.

I don’t talk about it much. I guess I’m ashamed and afraid of what people will think of me. I don’t want people to think I’m crazy or weird. Because people don’t understand. They don’t know what to do or what to say. I’ve heard what some people have said about me and my anxiety – that I bring it on myself, that I create problems that aren’t there, I get worked up too easily, that I won’t relax. It’s as if I enjoy the stress. This is so frustrating. So many people don’t even realize it’s a proper illness, they think I just like to worry!! There is no comprehension of it in their brain, but I guess I can’t blame them because I don’t stand up and tell them.

I say there’s not enough help, but more importantly, there’s not enough understanding. Because if there was I don’t think the months of waiting lists would really be needed. And I think the two play off each other, not enough people talk about it, so how can people understand? But who wants to open up about their struggles and face being so harshly judged?

I think it needs to be talked about.  I’ve worked so hard to appear happy from the outside, and what for? So I can feel worse about the fact that I’m not always ok? To further increase my anxiety because I’m so afraid of people knowing? For the first year after I was diagnosed, I didn’t tell anyone what I was really going through or how I was really feeling, even now I find it difficult to do. Of course this makes things worse. How can anyone help, or accept me, if they don’t really know what is going on? How can you get better if you’re constantly worrying about hiding a big part of who you are, afraid of what your loved ones will think of you if they really see you?

I’m not putting this out there for sympathy, or so people feel sorry for me. I don’t want you to associate this with me. I want you to realize this is the reality for a lot of people out there, people that are probably hiding it too. I am putting it out there in the hopes that if someone reading this knows someone – a friend, or family member – with anxiety, it gives them more of a grasp of this illness. I don’t do darkness into light because the whole idea gives me anxiety, and I don’t have money to donate to all the people I know raising money because I’m currently out of work –  because of my disorder. But if I can do my bit for this mental health awareness month by opening my mouth about my own mental condition, then I’m happy to do that. If this helps even one person to digest the condition better and allows them to start up a conversation with someone else about it, great, I’ve done something. Because more people need to talk about it. It’s time to end the taboo around mental health.

The thing is, we don’t want to be defined by our anxiety. It’s not who we are, just one part of us. Just know, we are not crazy. We are doing everything we can. We know it is in our heads, but that doesn’t change the fact that it IS in our head. And knowing that doesn’t stop it from extending from our heads, to every cell in our body, right to our fingertips and toes.

And to anyone out there who doesn’t have support, whose family will never get it, who are met with anger and frustration when they try to explain why they are the way they are, I invite you to talk to me. Even if all I can do is listen and remind you that everyday won’t be this bad, and you’re not alone. Just remember, there can be weeks, months, even years of good days where those irrational thoughts shrink to a whisper at the back of your mind. It’s not always going to be like this. 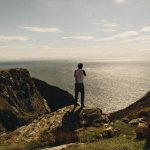 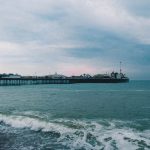 We drove from Ireland to Brighton, see what we saw along the way! 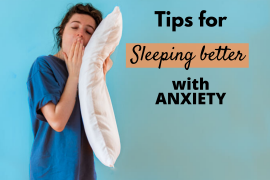 Self love quotes to help improve your mental health. Number 3 always works for me.