So as I’ve mentioned before, Eoghan has moved back to Donegal. Our plan to see each other every couple of weekends hasn’t exactly gone to plan so I was literally over the moon when he last minute decided to come down Friday night. Sadly it was only the one night because he was working again Saturday but sure, I’ll take what I can get!

Our time together generally involves eating nice food and going exploring and taking photos. This is exactly what we did and I couldn’t have been happier – although I was too busy enjoying myself to get many shots, I still thought I’d share some here. The weather was great so we made the most of that. I’ve noticed when people in other countries get good weather for summer they don’t really make a big deal about it. My apologies for going on and on about it, but it’s such a rarity here in Ireland, it’s all we can talk about just to prove it’s really happening haha.

We went for breakfast in a place called the European café and Bistro. It’s been there over a year and I’d never even heard of it until my ma mentioned it, but it’s now my new favourite place! They had thee most delicious hot chocolate. I used to hate hot chocolate and since coming to the realisation it’s actually heavenly, I get it every single time I eat out, always looking for the best one. This was definitely up there with the best. Look at that presentation!! The layering was class. Loved it. Will definitely be back.

The sun was shinin (did I mention?!) so we headed to Saints Island. There’s such a great view of Lough Ree here. Living right in the middle of the midlands, when you want to be near water there aren’t much options unless you want to drive as far as the coast. Lough Ree is one of the places you can go. It’s quite open though, so there was a cool breeze blowing through. The water was absolutely baltic!! I got stranded out on the rocks because it was too cold to walk back in.. I was too scared to jump incase I slipped into the water!

I stood there rocking back and forward gathering myself to jump, but I couldn’t do it! I was there for ages but eventually I was helped back to the shore 😛

Can I just say Eoghan’s outfit matched the surroundings perfectly haha. The sky was so blue!

We just lay in the sun for a bit, and Eoghan starting craving ice cream, specifically ice cream that you scoop, so we went on a hunt. Driving back into town, sun shining, music blaring, there was nowhere else I’d rather be.

He got his ice cream although he had to go with a 99, Longford has no places with scooped ice cream, can that be right?! It was very instagramable but he had it horsed into him in seconds before I could get a photo.

Not long later he was closing the gate behind him as he headed for home again.

All photos of me were taken by Eoghan, check out his instagram here. 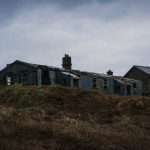 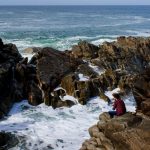 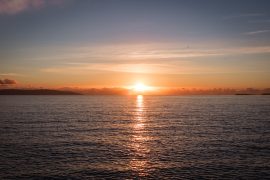 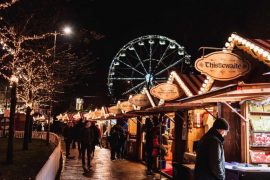 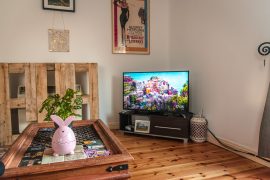