For the next part of our trip in Kerry, we went to the tetrapod trackway on Valentia Island. I was sooooo excited about this. We learned all about it in college in my “history of life” module. This place is so cool. It is one of the hugely important of four trackways from the Devonian period. This site essentially records the movement of the first creatures from water onto land. It would have been a hybrid between a fish and lizard that made the first steps on land. There is has been so many theories to why they made the transition. One is that ocean predators forced some animals on to the land and they then evolved to thrive there. Another is that there was so much vegetation on land not being taken advantage of, that these animals saw their opportunity. This all happened a looong time ago. How long? Somewhere between 350 – 370 million years ago! Crazy! 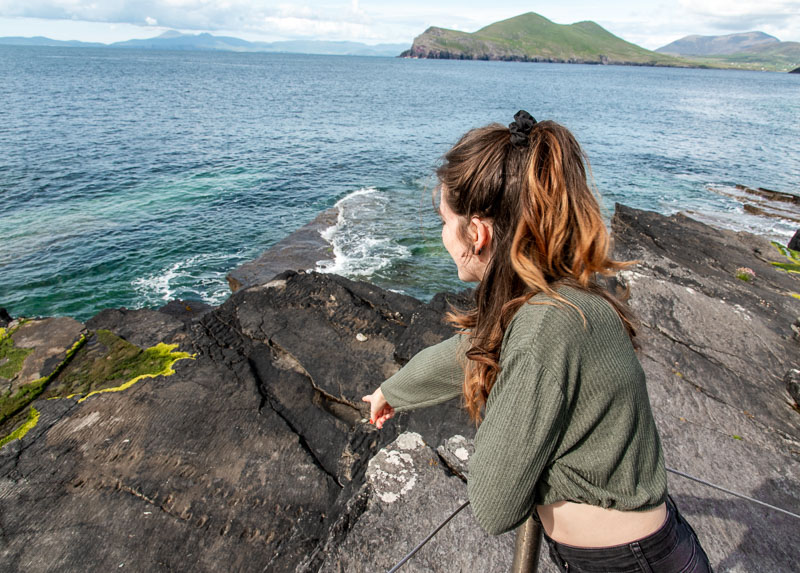 When I posted pictures at the tetrapod trackway on Instagram, I had messages from people asking what the hell I was looking at. If you look at the image below you can faintly see the set of footprints wandering across the centre of the image. There is also a faint line thought to be a tail mark dragging behind the animal. 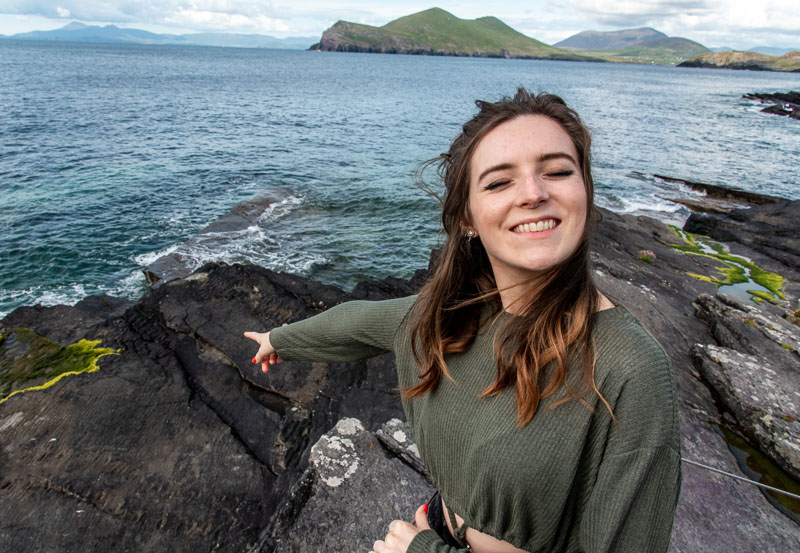 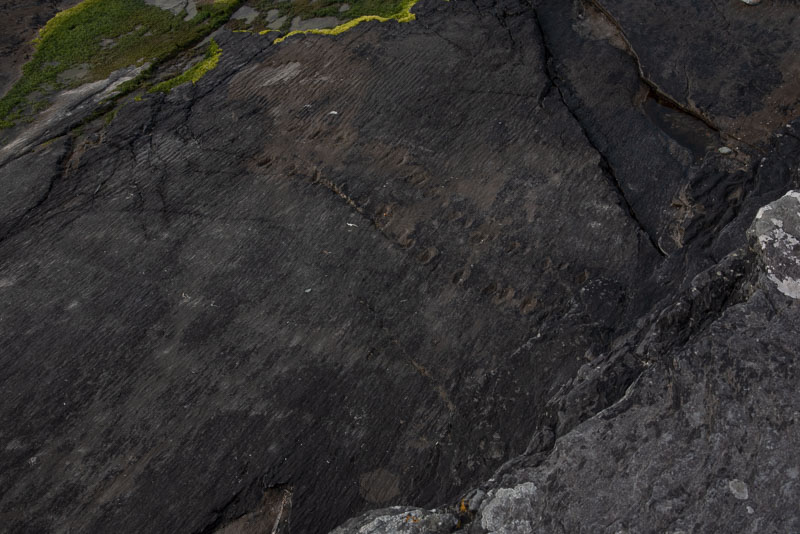 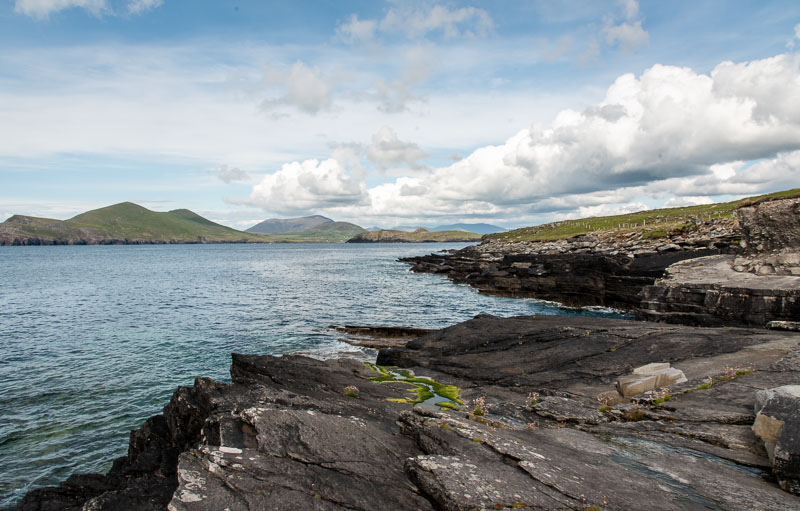 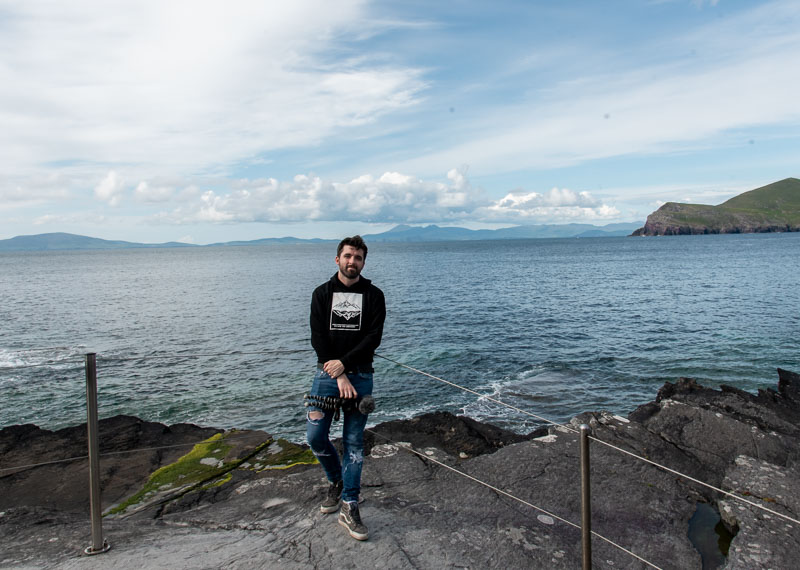 Valentia Island was absolutely stunning and well worth the visit. If you are visiting, you should definitely go to see the trackway. Even if you aren’t hugely interested in evolution, why would you pass up to see the first creatures to walk on land?! We are literally here because of those creatures! There is a car park and a short walk down to the rocks at the waters edge. If you have trouble finding it, head to the Valentia Island Radio Station. It is located just beside it. As you get closer, eventually you’ll come across signs for the trackway. Please be respectful for the area as it is a Natural Heritage Site and is a hugely significant place.

Our next stop on the trip was – Godddd I’m making myself sound like such a nerd – the site of the first transatlantic Telegraph Cable. This was the first transatlantic cable. Before this, it took two weeks for a message to get from Europe to America. When it was built, it was carried on two navy ships and set out towards North America. After 380 miles had been laid, the cable snapped, forcing the ships to return to port. A new cable was made and the second attempt began. However, it had continued just another 40 miles before it snapped again. The first attempt began on the 5th August 1857. After 5 attempts, on 5th August 1858, both ships reached their destination and the cable had been laid – exactly 1 year later. However, it took 2 more cables before it finally worked properly. 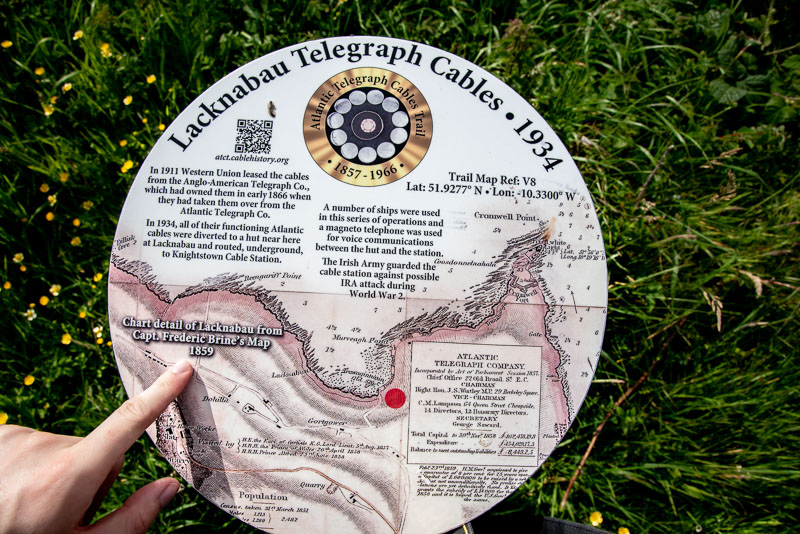 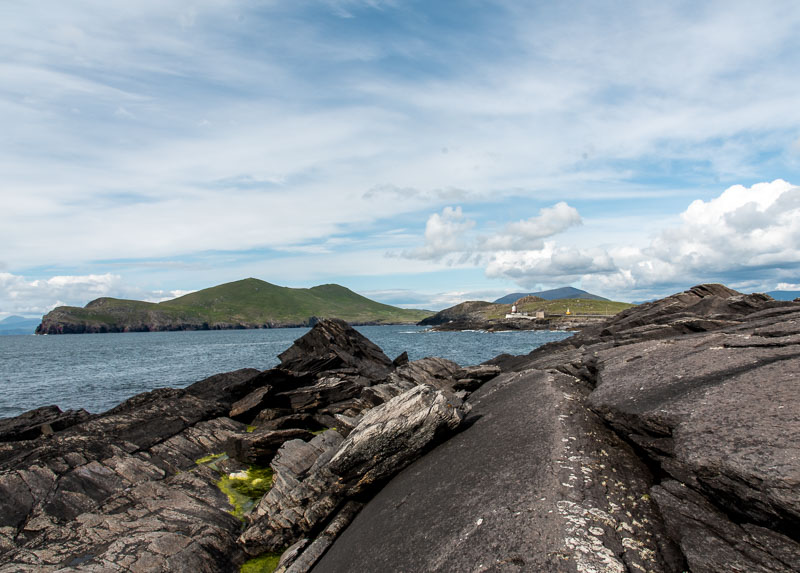 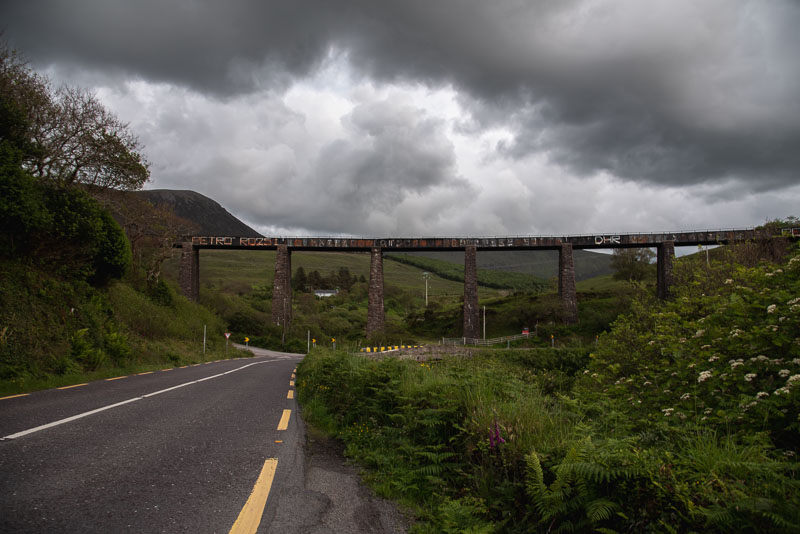 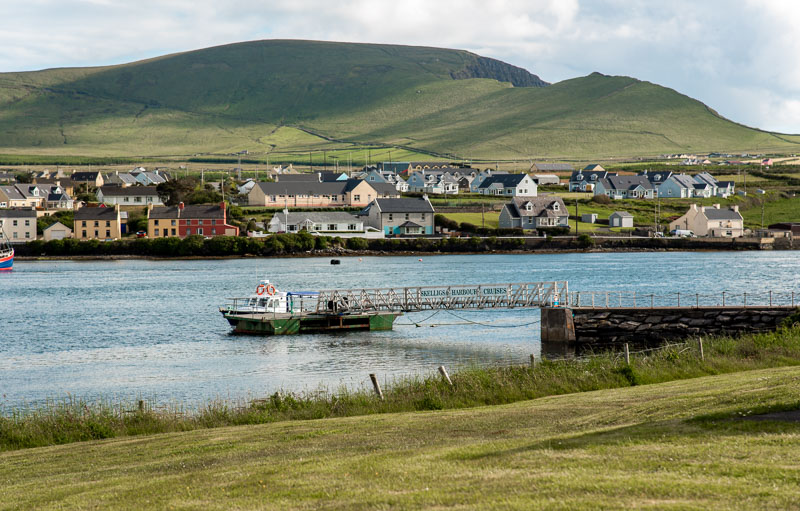 After all our exploring, it was back to Portmagee and back around the Ring of Kerry to get back to our accommodation for the night. But we couldn’t help but take a few stops on the way.

It had been a mixture of clouds and blue skies for the day, but as we were nearing Killarney again, it looked like perfect conditions for sunset. We decided to stop off at Ross castle. 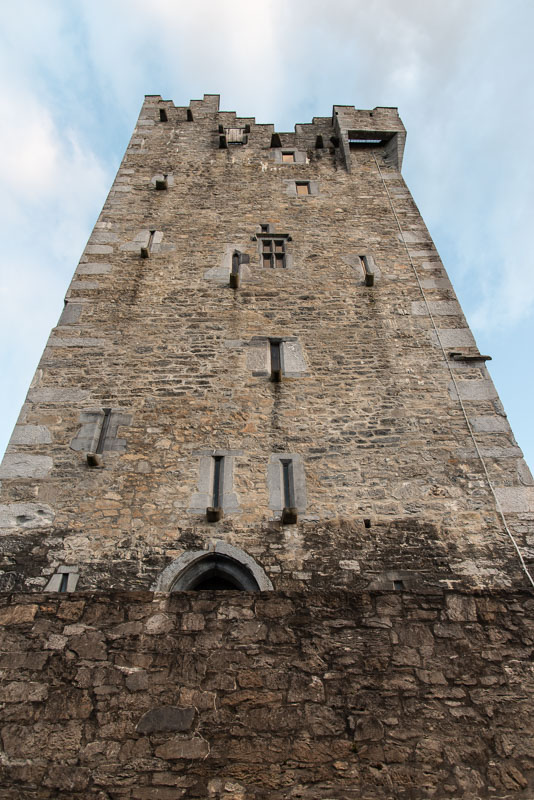 There were loads of ducks sleeping in boats on the river. It was so cute. You can’t tell that well from the picture below. They blend into the background too well! 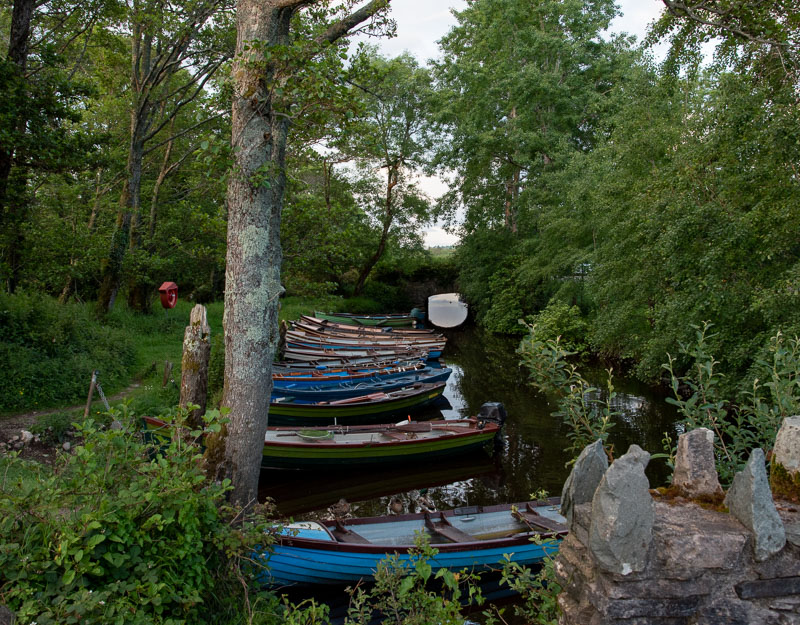 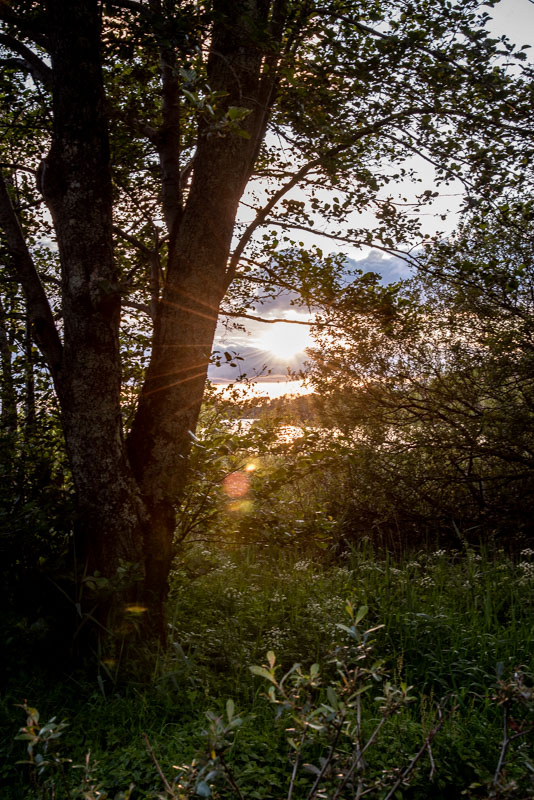 Sunset was absolutely beautiful! When Eoghan sets up his tripod, I know I’m in for a long wait. Usually I get cold and end up heading back to the car early and waiting. I was bloody freezing but it was sooo good I had to wait it out. So happy with these shots. 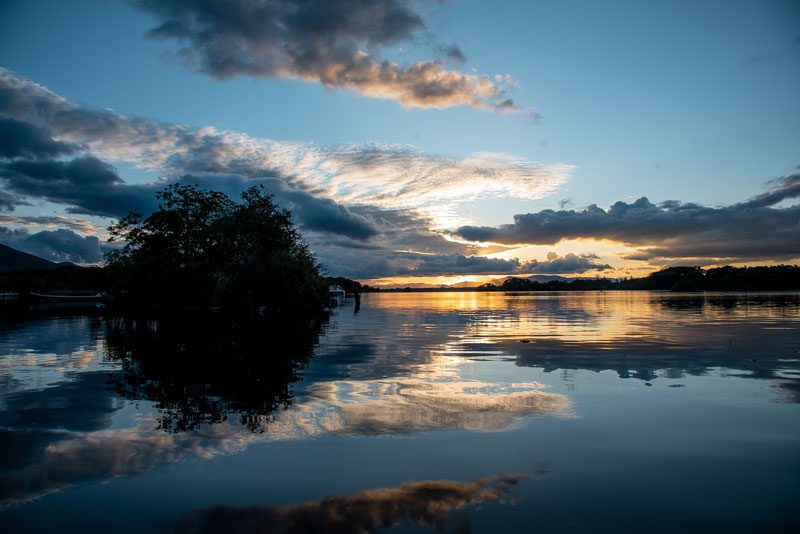 Back to Killarney Glamping

After our long day on the road we decided to light a big ass fire! Killarney Glamping has a fire pit so we decided to make the most of that. It was awesome. 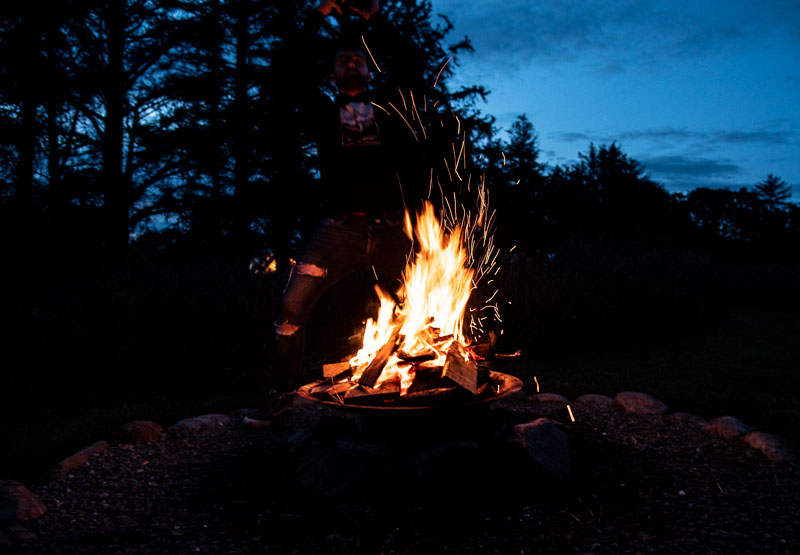 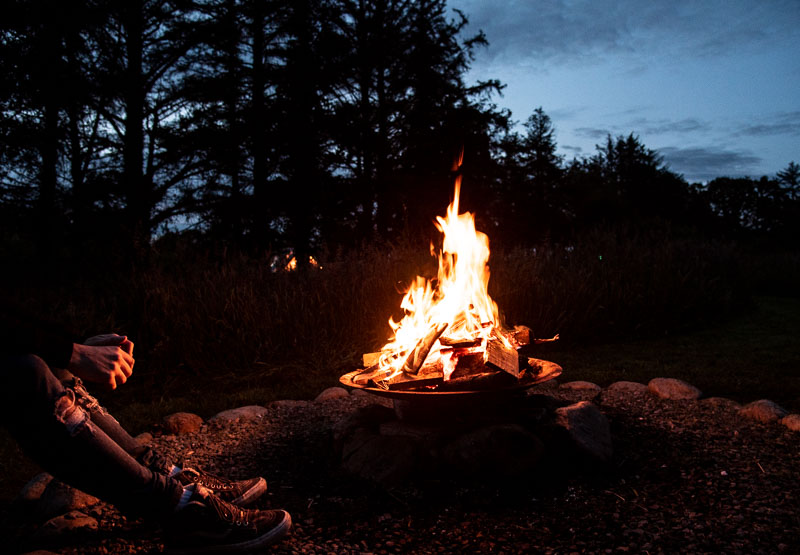 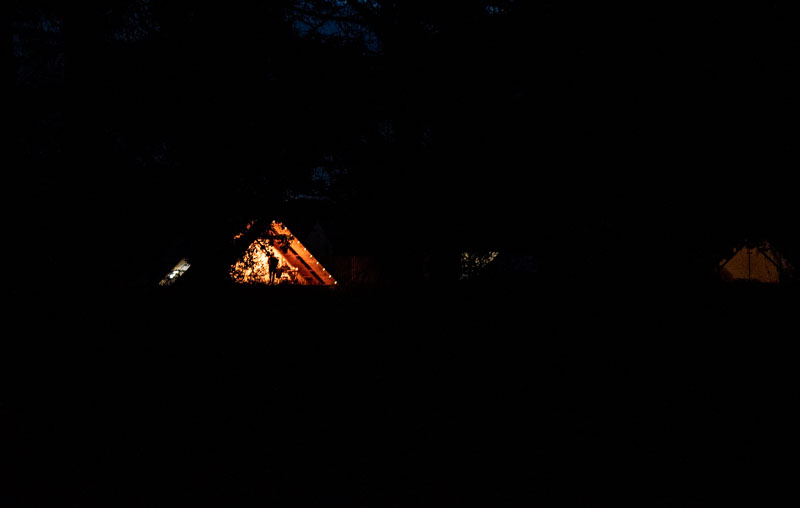 It was the perfect end to a great day. Valentia Island is awesome and I highly recommend stopping off at the tetrapod trackway on your trip of the Ring of Kerry. Stay tuned for more posts on our Kerry road trip. Just one day left! 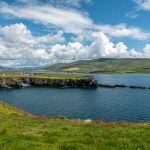 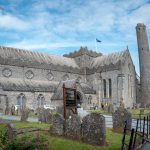 What to see when you visit Kilkenny